‘Zombeavers’ is what it is, but could have been more 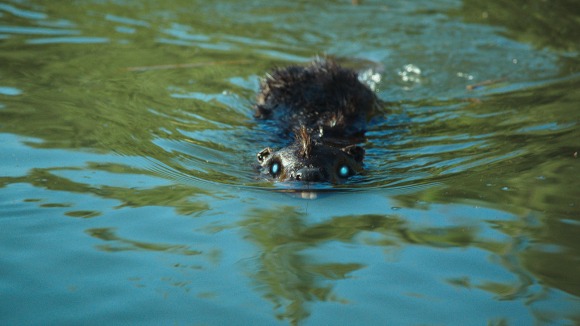 When the zombeavers arrive, everyone is damned.

When you sit down to watch a movie about zombie beavers, you’re not exactly expecting Citizen Kane or The Imitation Game.

However, is it too much to ask for decent dialogue and something resembling pacing? Zombeavers clocks in at only 77 minutes, yet the first half hour drags mercilessly, a combination of stock horror characters delivering flat, uninspired dialogue and the occasional beaver pun. The potential for a nice mix of humor and menace – think the Chucky films or Gremlins – is there, but is never captured.

Thankfully, once the zombeaver attack starts, the movie is twice as fun. The beavers are the best part of the film. The stuffed puppets are one-part creepy, one-part hysterical. Occasionally, co-writer/director Jordan Rubin manages to capture the menace of these little beasts, and he also finds the humor when the furry pests come to the forefront.

If only it weren’t for the damn humans. No wonder those zombeavers were so pissed off. They knew the bi-peds were killing their moment to shine.