So, ‘The Visit’ wasn’t a tire fire 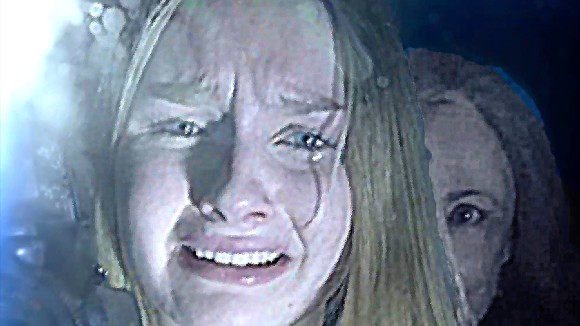 A grandma’s love for her granddaughter is special.

I, for one, have missed you. I loved Unbreakable and enjoyed both The Sixth Sense and Signs. I wasn’t as upset with The Village as many were, but the twist was weak in that it insulted viewers’ intelligence a bit and undermined the film. I never watched Lady in the Water – it seems to be a love it or hate it proposition, judging from the reviews, and I just wasn’t interested – but The Happening was a disaster, in part because it just sort of slowly fizzled out over the course of its running time, and in part because I’m mystified by the appeal of Mark Wahlberg, who never seems to elevate anything he’s in, with the possible exception of Fear. My kids and I watched The Last Airbender, and if it’s possible for a 9-year-old to be “fucking pissed,” that would describe my daughter’s reaction – and mine as well, to tell the truth – after watching the celluloid turd. And I refuse to contribute to the ascension of Will Smith’s kids into the popular culture mainstream – my nightmares are filled with the trailers for a re-make of Wild Wild West starring Jaden – so there’s no way I’m ever watching After Earth.

But deep down inside, I kept hoping that you’d figure it out. You’re a master of tension, ’tis true. But what you also do so well is manipulating the dynamics of small, cloistered groups, primarily family. The tension in your best films isn’t always about the scare. It’s about a mom who thinks her son may be losing his mind, a father trying to hold together his family after the death of his wife, a marriage that is deeply fractured yet neither party can or wants to walk away from it.

In The Visit, you figured it out again. Sure, there’s plenty of creepy shit going on from the time Becca and Tyler start visiting their estranged grandparents, and you play those moments like Peyton Manning threading a ball through triple coverage with time winding down. But that would have mattered less if the viewers weren’t invested in the well-being of Becca and Tyler, two sweet, goofy, smart-ass kids who are still seeking some peace and sanity in the wake of their father’s abandonment. The tension feeds off of that uncertainty and pain as both kids ignore some seriously troubling behavior by their grandparents because these two children want so much to love Pop Pop and Nana and be loved by them, to fill that emptiness in their lives.

Will The Visit be remembered as your masterpiece? No, in part because of the found footage-documentary thing, which I thought worked but probably wasn’t all that necessary, and in part because the twist – while both grounded and well done – isn’t quite the shocker that some of the twists from other films in your catalogue have been. All of that said, this gives fans like me hope that the greatest movie in M. Night Shyamalan’s career might be just around the corner.

And for that reason alone, The Visit‘s worth the view.