‘Wytchfire’ a worthy jumping off point for Dragonkin trilogy 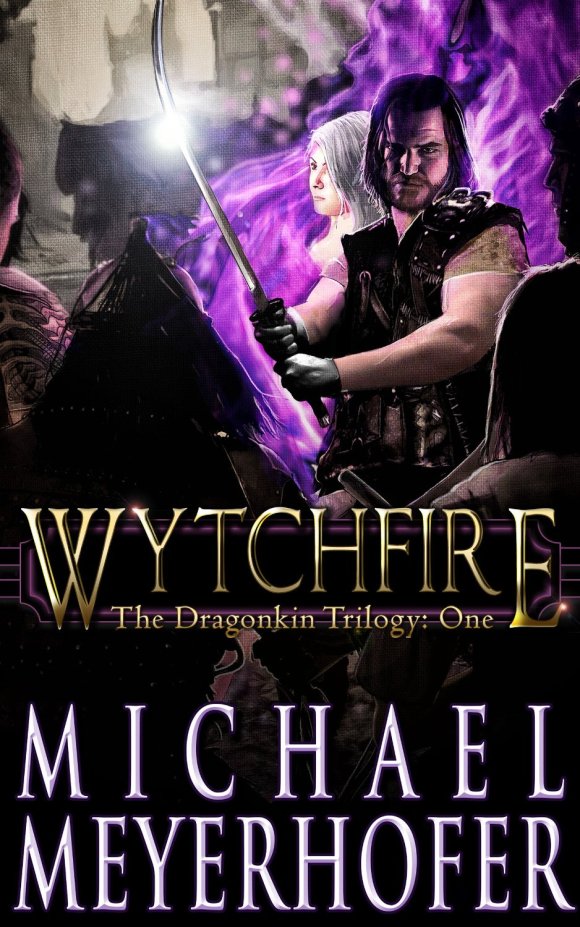 Do you have what it takes to carry Knightswrath?

What I didn’t like: That list is fairly short. I’d have preferred to speed up the earlier parts and get to Lyos, the city that is the main setting for the latter half of Wytchfire and one of the key cities in the land of Ruun, but I’m not the author and it doesn’t hurt the narrative. My only real concern is that the dialogue seems a bit too Midwestern, which you’d expect from a guy that grew up in Iowa. Not a huge beef, admittedly.

What I liked: I thought Michael Meyerhofer did a nice job of both adhering to the familiar tropes of fantasy while creating his own realm and mythology. Including the Codus Lotius – one of the seminal texts of the Isle Knights – as an appendix was a nice touch (“He who waits for the gods to tell him to move will, in time, grow roots”) and helps give context for what the Knights should be aspiring to achieve. The She’lai, a group of mutated magical beings sprung from the race of Sylvs, may be his best creation. A group of the She’lai internalized the magical power of extinct dragons in an effort to prepare for the battle to control Ruun. One such She’lai, affectionately know as “The Nightmare,” singlehandedly brings down the walls of city after city before a siege can ever be conceived, a group of twelve She’lai surrounding it to magically harness its power at all times during battle. Meyerhofer’s nicest trick, though, may have been occasional references to a race known as the Olgryms, monstrous, gigantic creatures that don’t show up until the epilogue, but who will clearly be players in the battle for Ruun. Wytchfire is a solid jumping-off point, and I look forward to seeing where Meyerhofer goes from here.