What was the big deal about ‘Divergent’? 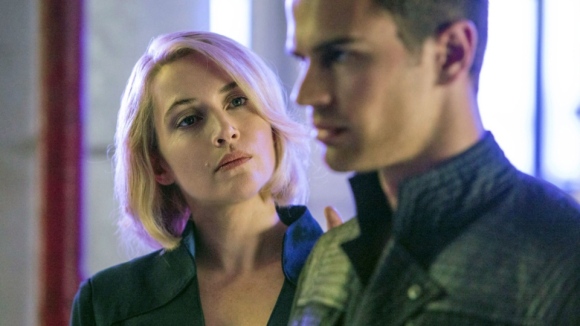 Kate Winslet does more acting to get out of a speeding ticket than she does in all of “Divergent.”

That was the word that kept floating through my head as I watched Divergent. I felt like everything happened too quickly in an effort to get a lot in, and it still seemed like there was something lacking. It wasn’t just that. I still am not sure what the deal is with Maggie Q’s character. It’s the first time I’ve ever walked away from a Kate Winslet performance unimpressed. I’m not sure why the minds behind the movie chose to give Miles Teller a paycheck and then asked him to do nothing to earn it. And so on.

It wasn’t that Divergent was a horrible movie. It’s no Bangkok Dangerous, Ghost Rider or any host of awful movies that don’t star Nicholas Cage. What it feels like is a missed opportunity. The set-up is good, the idea that this future city faces the dangerous wildness around it by strict adherence to a caste system that runs and protects the city. However, the intellectual caste wants to be in charge, doing its best to sling mud at the self-sacrificing caste that provides the politicians and public servants while simultaneously preparing an army of mindless soldiers that will do their will. The needs of the many cast aside by the greed of the few, a timely theme. Besides the premise, Jai Courtney is a helluva lot of fun as the uber-willing fascist jackhole Eric. And all credit to Shailene Woodley, who did a lot with a little. The resulting movie was both not worthy of her performance and only worth watching because of said performance.

Divergent is the set up for a trilogy, so it’s weaknesses could eventually be overlooked if movies II and III can build upon it.

But as a stand-alone, it doesn’t hack it. Unfortunate.

One thought on “What was the big deal about ‘Divergent’?”