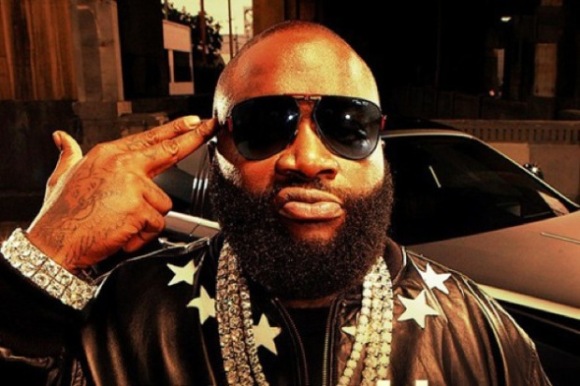 The most overrated rapper on the planet and Mr. Pro-Rape. Why, Hova, why?

There’s a lot to like about Magna Carta … Holy Grail. Jay-Z is killing it on the mic – proving that there’s at least one rapper over 30 who can still get down – and the production is outstanding (maybe the best on any of Hova’s albums ever).

But there’s one problem: Why Rick Ross on fuckwithmeyouknowigotit? I’ve always thought Ross was overrated, someone who, if told he couldn’t use the words “crack” or “Maybach”, wouldn’t be able to finish a single let alone an entire album.

That aside, why would Jay-Z, the most accomplished rapper on the planet, a guy who spends a significant portion of his new album doting on his baby daughter, choose Mr. “Rape Is Good” as the only rapper to make a guest appearance on his new disc? I don’t understand.

I suppose an argument can be made that maybe Ross was already chosen before his “I Love Rape” song became controversial, and too many things were in motion (with regards to the production/distribution schedule). But you’re telling me Hova couldn’t have picked up his cell, closed his eyes, randomly scrolled through his contact list and picked ANY RAPPER ON THE PLANET (except Wale, of course, who just flat out sucks) who could have dropped a prime verse in about 10 minutes to fill Ross’s enormous void.

It’s disappointing. And someday, hopefully, Ivy Blue will make her dad explain why, on a disc where he celebrates her life so frequently, he chose to ignore the millions of women whose lives have been ruined by other Ross-like men who thought sexual assault was so incredibly awesome.

Tape that, Hova. Because that will be more interesting than any album you’ve ever released.